The citizens of Illinois have the right to hold their elected officials to the highest ethical standards. State Representative, Carol Ammons, (D) IL 103, has let us down countless times, but the recent public release of a video capturing Ammons allegedly shoplifting in the Carle Auxiliary Hospital gift shop, along with her recent disrespect of fallen Officer Oberheim, should be the end of her political career. The unredacted video was acquired through a FOIA request, but only after a lawsuit was filed by the Edgar County Watchdog Group to secure its release.

Earlier this month, Speaker of the House Chris Welch accepted the abrupt resignation of Ammons from her House leadership position as chairman of the Democratic conference. Read more HERE

We the People of Illinois call for Carol Ammons' immediate resignation. Sign the petition below.

Click the image below to see the police report. 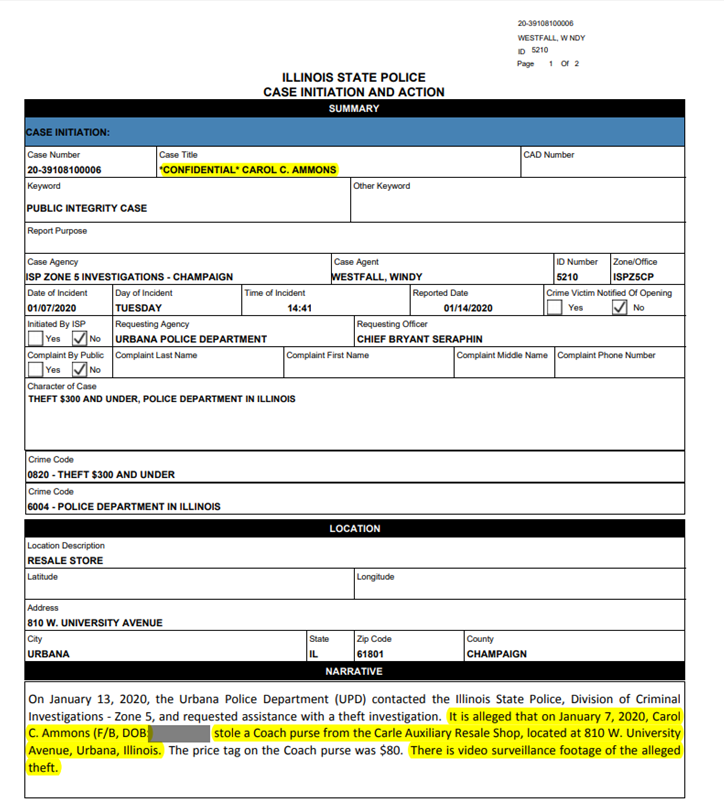